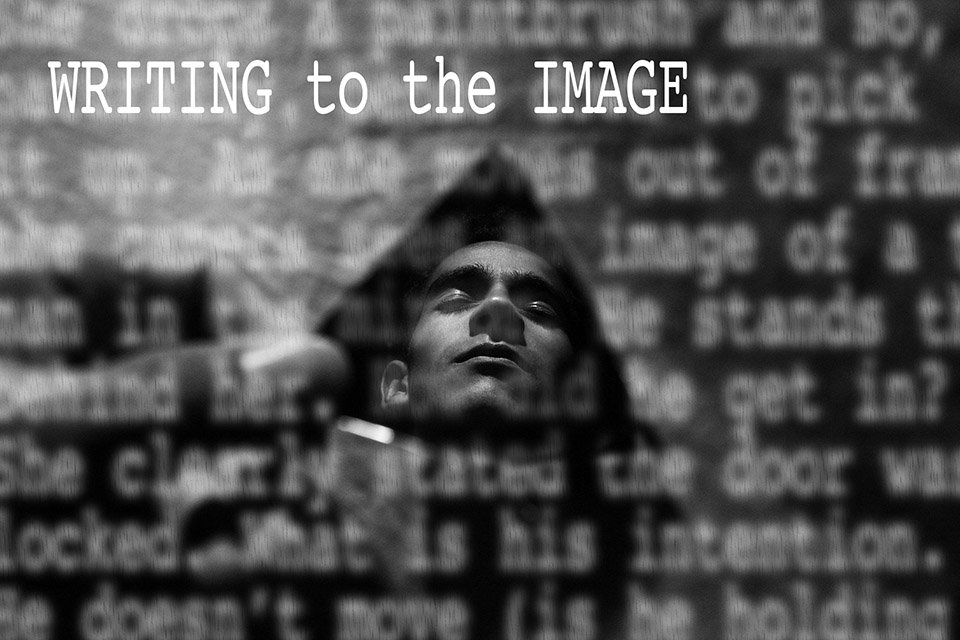 Writing to the Image

I remember John Fowles, years ago, talking on the radio about how he came to write ‘The French Lieutenant’s Woman’. He said it all came from an image he pictured in his mind; a woman in a black cloak stands at the end of The Cobb in Lyme Regis during a violent storm. Suddenly, she turns her head back toward him.

It was that image they captured in the film. Meryl Streep looking like she’s in an TV commercial for Scottish Widows.

Of course, that wasn’t enough to carry an entire film, but it was a start.

I am not suggesting my murder mystery games are high art. But it is interesting, as I sit here thinking about my second ‘Lockdown Murder Mystery’ (and I’m beginning to rue the day I used the word Lockdown, as we come out of that bizarre period), that I am starting to see the story unfold in terms of images, rather than words.

Of course, novels convey imagery. In fact, it is far easier (and a heck of a lot cheaper) to set your novel wherever you want. The images you paint in your novel are processed in the minds of you readers – millions of people, if you are lucky (nine or ten for most of us) – and we may each visualise those images very differently from other readers.

But when you are writing for film (or, lets’ face it, video), you are working in a completely visual medium. A good screenwriter writes in images, not words.

As a kid, I loved watching Clint Eastwood in The Spaghetti Westerns. I later learned that Clint would be given a script with, perhaps, five lines of text. He would read it, take out a pen and cross most of it out. Of course, he later became a film director and it was clear he could ‘see’ what could be conveyed visually by the actor. You don’t need the words to explain what your eyes are already telling you.

I could never do that. My early acting career, first as an amateur, then at RADA, and for a few years after that in The Royal Shakespeare Company, mainly involved playing Shakespeare (or his contemporaries). It would be churlish and, perhaps, a little bit arrogant to reduce, ‘Once more unto the breach, dear friends, once more’ into, ‘Let’s go.’

But even Henry IV, as a play or a film, needs to have a visual aspect to it. The difference is, though, that the words influence the image, not the other way around.

Saying the words, seeing the image

I have to be careful here because I don’t want to give anything away as I write my second Lockdown Murder Mystery.

Suffice to say, it is the first time I’ve adjusted my writing to the primary medium of film. I have been running corporate shows for thirty years, but I have always written ‘big’ (i.e. knowing I’d be facing a, possibly half-drunken, audience of 20-200 people in a hotel dining room). Now, I can think ‘small’ (detailed, close-up imagery that I can convey on camera).

I’ve been working in video for some years now but this is an exciting revelation. That I control what the audience sees rather than forcing them to get information by shouting them down.

And the image I saw came to me from a short film that a friend of mine made, shot on an iPhone. I was looking at using her on the new script but I didn’t think I’d be quite so influenced by the content of that film. It was the imagery that won me over. 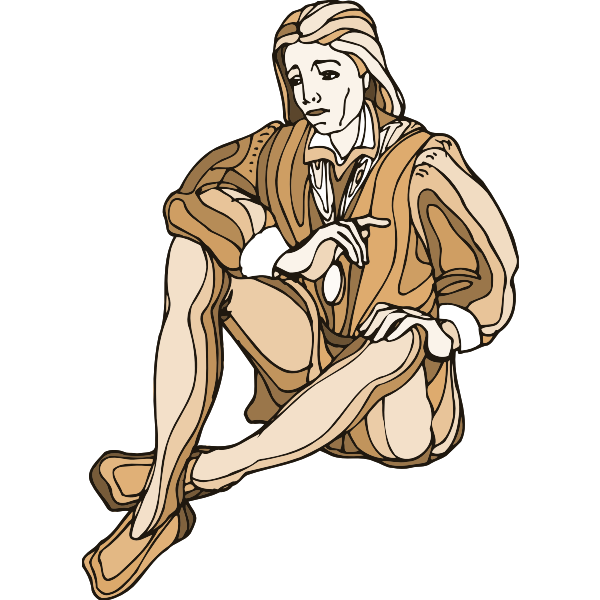 Hamlet can look as sad as he wants. A good actor can probably get across how he is feeling. But he still has to say, ‘To be, or not to be..’

Writing the sleight of hand

Taking this leap, making this fundamental change from the large, theatrical presentation to the smaller, subtler imagery that video allows, seems incredibly natural.

The characteristic I like most about this new found freedom is the ‘sleight of hand’ it offers.

We all know how a magician works; you get your audience to concentrate on your left hand, drawing their attention away from your right.

It’s the same in film.

It is very difficult, when you are ‘working’ a room of 200 people, to force them to look one way whilst you set something up somewhere else. there will always be those who spot the cheat and call it out.

We once had a client, in the early days, who thought it would be great if a ‘waiter’ left the room of 200 guests and then ‘dropped his tray’ in the kitchen. He figured the audience would assume he’d been murdered. I had to point out the audience wouldn’t know anything had happened. They simply wouldn’t hear it or, if they did, they wouldn’t care.

He was thinking visually. Now (that I’ve made that transition to film), I can see his point. A simple edit and boom… we are right there with him as his tray hits the ground.

A good Director of Photography will steer the eyes of the audience exactly where they want them to go on the screen. They will do this with the lighting, with movement, with colour. However they do it, THEY control what the audience is looking at.

That’s a great thing to use when you want to ‘hide’ something from your audience ‘in plain view.’

It is a murder mystery dream to be able to go back and SHOW your audience that the clue was onscreen, right before their eyes, they simply CHOSE not to see it. To show them what they missed. That is the challenge. 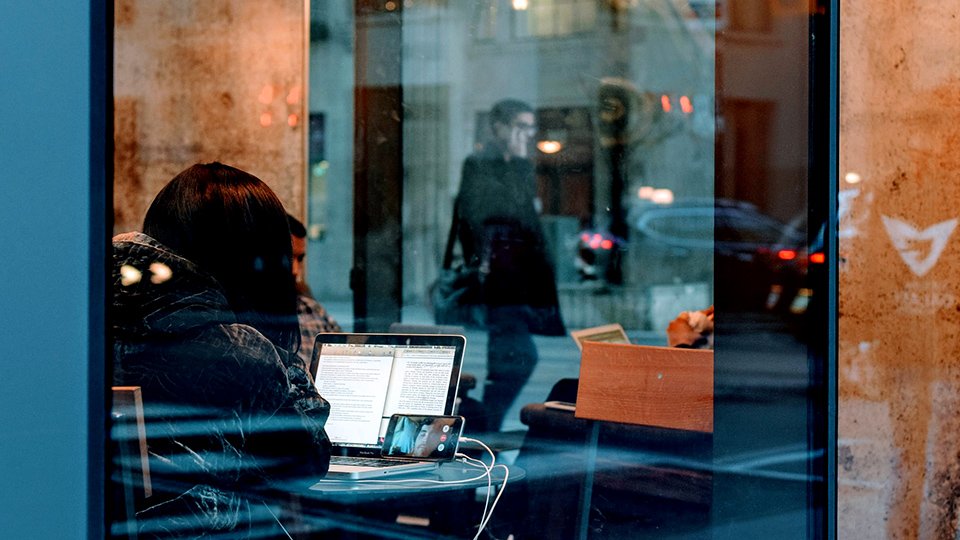 Smoke and glass: mirror images, lights, where does you eye go? If you’re clever, you can hide things in FULL VIEW.

The Smoke and Mirror Image

Things can be done on camera that you simply cannot do live (or, at least, in a live murder mystery – you have more control in the theatre – go and see ‘The Woman in Black’ if you don’t believe me).

Think of the number of times you have been shocked in a horror film. I think it is in ‘Fatal Attraction’ that Michael Douglas wipes a steamy mirror in his bathroom, and there stands Glenn Close behind him.

That could never happen in real life. How do you get into someone’s house without them knowing? How long do you have to hide away in the bathroom before you get the opportunity to do that trick? How did you know the mirror would steam up, or if the guy was going to wipe it? How do you get into place to be right behind him, just  as he wipes it?

No, whilst this may ‘grow out of the character’ (Glenn Close was certainly mad enough to do all that), it is purely for the benefit of the audience. And these images, far more than the words that surround them, are what we remember.

So the trick is, if you are writing for film (especially if you have come from a linguistic discipline) to think of the images FIRST. To figure out what those images convey.

And then CROSS OUT those words that are now redundant.